I co-create liberated social movements through connection, collaboration, and love.

I have been manifesting my purpose on this planet as an author, activist, public speaker, trainer, and professor for the past 25 years. I realize that building together across ideas, communities, and movements is the only way towards freedom and abundance.

I am a public scholar, activist, author, and teacher from Al-Salt, Jordan and the Bay Area of California. I am the founder of Liberate Your Research Workshops and a Professor at the University of Illinois in the Gender and Women's Studies and Global Asian Studies Programs. I have been co-creating connections, research, and activism among radical scholars and social movements for the past 25 years.

Systemic violence breaks us and our scholarship by forcing us to live and work within white supremacist, individualist, and exploitative environments.

I am the founder of Liberate Your Research Workshops and a Professor at the University of Illinois in the Gender and Women's Studies and Global Asian Studies Programs. I have been co-creating connections, research, and activism among radical scholars and social movements for the past 25 years.

My journey to heal myself from systemic violence and academic oppression inspired me to integrate collective healing practices into efforts towards building thriving BIPOC communities, research, and social movements. When I realized I could take responsibility for the way I react to oppression, I became increasingly surrounded by abundant possibilities for living out my full purpose on this planet.

While I strive to align my emotions with my desire to live in harmony with who I am and our intergenerational and collective power, I aim to contribute to the abolition of oppressive systems and to expand our capacity for radical self love, collective healing and liberation. I do this through my Liberate Your Research workshops and my writing, public speaking, activism, and teaching on the topics of racial justice; gender justice; women and queer of color feminisms; Arab and Muslim feminisms; Arab Americans; Muslim Americans; and BIPOC-based activism and solidarity.

I have authored and co-edited five books including 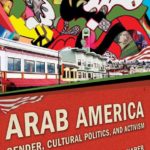 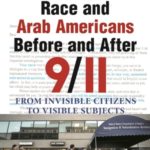 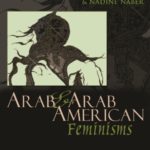 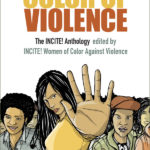 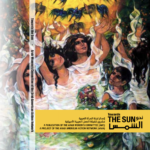 I write regular OpEds and news articles for outlets like Truthout, Jacobin, and Jadaliyya. I am a leading voice for the Chicago Reporter and I have been recognized as an exceptional leader by the OpEd project.

To Honor Desmond Tutu, Illinois should rescind its anti-Palestinian legislation

Chicagoland Study Shows Why We Need a MENA Category in The U.S. Census

Originally published in The Chicago Reporter here We have major problems in this country in how we think about and get appropriate government assistance to Arab Americans. Social workers, translators, housing and transportation experts, health workers, and community-based funding agencies all face three substantial difficulties. First, the U.S. Census folds Arab Americans into the category […] 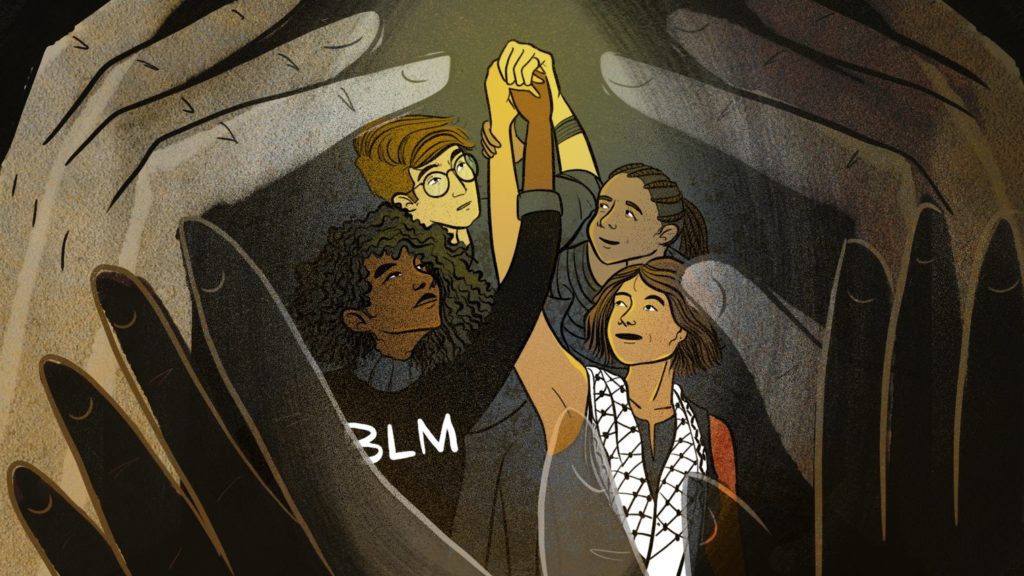 Fighting repression in the Land of the Free: an Arab-American feminist perspective

Originally published by opendemocracy.net. For decades, US and European governments, as well as corporate media, have been condemning authoritarian repression and violence against women in the Global South – from Africa, to the Middle East, Asia, the Pacific Islands and Latin America. And tragically, these same voices have too frequently misused grassroots human rights and […] The U.S. Has a Torture Problem Too

Originally published by The Chicago Reporter. Living in Chicagoland while originally from the Middle East and North African (MENA) region, I am compelled to view police violence in Chicago through a global lens. This past week, the Chicago Alliance against Racist and Police Repression (CAARPR) released its report about the more than 600 individuals incarcerated […]

My Liberate Your Research workshops train radical scholars and activists in liberating our theories and methods from the constraints of the academic and non-profit industrial complexes. My workshops transform the fear and anxiety that often overpowers writing, theory-making, and activism into a well of abundance, radical self/collective love, and writing prosperity. I developed Liberate Your Research after junior feminist scholars in the Arab region who conduct research on gender violence; training journalists; teaching radical feminist of color methodologies to graduate students and junior faculty for over twenty-years on college campuses; and studying the possibilities of social-movement led research for over twenty years.

I am invited to speak at universities—in the U.S. and in the Middle East—as well as public school districts, libraries, radio shows, podcasts and video shows.

I lead workshops and discussions in social movement spaces such as:

I was chosen as a TEDX speaker by Oak Park TEDX Women in 2019 to produce the talk, "Arab Feminism is not an Oxymoron.”

I am grateful to be the recipient of awards and recognitions such as the Silver Circle Teaching Award (UIC); the Earl and Edna Stice Social Justice Award Department of Women’s Studies (University of Washington); the Open Societies Foundation designation as an international advisor; the United Nations designation as an expert author; the Institute for the Humanities’ Faculty Fellowship; the American Studies Association’s designation as a distinguished speaker; the YWCA Evanston’s YWomen’s Leadership Award; and the OpEd Project’s exceptional leadership recognition. 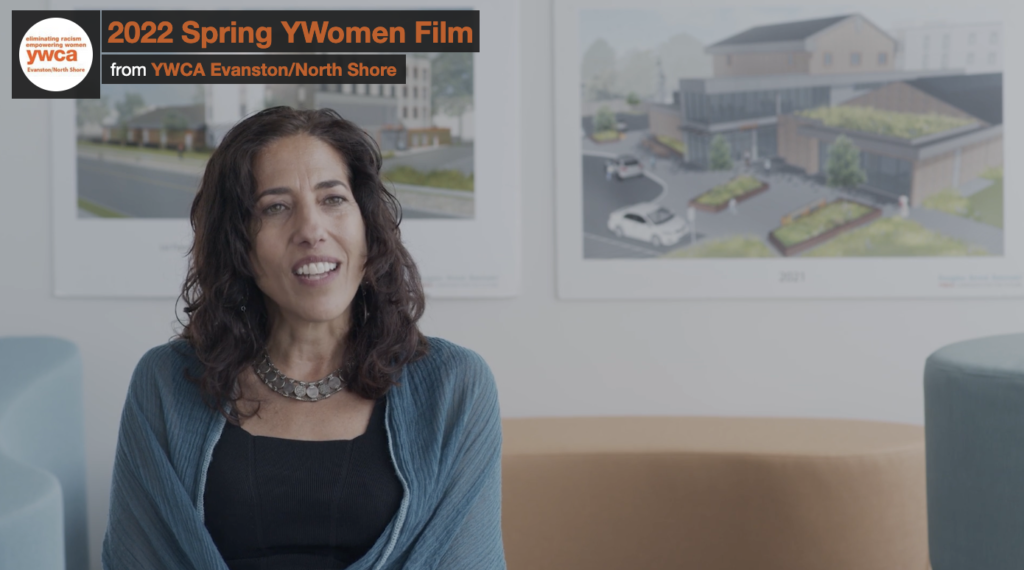 In the 1990s, I gained clarity that the U.S. had been destroying and displacing my people in Iraq and Palestine. In 1994, I co-founded the Seattle, San Francisco, and North American chapters of the Arab Women’s Solidarity Association (AWSA). Through AWSA, I co-created an Arab feminist movement that worked to dismantle the sexist and homophobic systems of U.S.-led war and racism and to integrate Arab feminist perspectives into U.S. feminist of color movements. We sent delegations to the UN World Conference on Population and Development (Cairo, Egypt 1994) and the UN World Conference on Women (Beijing, China, 1995). AWSA helped integrate gender justice into the vision of the American Arab Anti-Discrimination Committee, San Francisco Chapter’s (now AROC) and we worked with the Oakland based Women of Color Resource Center (WCRC) to bring Arab American feminist perspectives on Zionism and racism to the World Conference against Racism in Durban, South Africa in 2001.

After I completed my PhD from the University of California, Davis in Cultural Anthropology with a focus on Arab American activism in 2001, I moved to Cairo, Egypt to work as an Assistant Professor at the American University of Cairo. There, I built alliances with feminist organizations like the Women and Memory Forum and New Woman Foundation.In 2002, I joined the national board of INCITE! (a network of feminists of color organizing to end state violence and violence in our homes and communities). With INCITE!, I helped integrate the idea that war is a feminist and LGBTQ concern into INCITE’s national conferences, resources for activists, and co-edited book The Color of Violence. also served on the steering committee of movements like Racial Justice 911 to support immigrants and communities of color targeted by the post 9/11 backlash in the U.S. and the growing war of terror.

Between 2011 and 2015, I joined feminist activists in Lebanon and Egypt to document and uplift the stories of their participation in the Arab Spring revolutions and related  movements for democracy and regime change, culminating in publications like The Radical Potential of Mothering during the Egyptain Revolution and “Reflections on Feminist Interventions within the 2015 Anticorruption Protests in Lebanon HYPERLINK TO THESE ESSAYS IN ACADEMIA.EDU.”

In 2013, I relocated to the University of Illinois at Chicago where she was hired as a Co-PI of the Diaspora Cluster within the Chancellor’s Cluster Initiative for Faculty Diversity.  At UIC, I am the faculty founder of the first center on a college campus serving the needs of Arab American students in the United States. The Arab American Cultural Center at UIC builds community, solidarity, and safe spaces while promoting social justice, equality, and inclusivity at UIC and the Chicagoland area.  She has also served as a director and a steering committee member of the Institute for Research on Race and Public Policy.  At UIC, I also serve on the advisory board of the Social Justice Initiative at UIC and I am co-director of the Race and Empire Working Group within the Institute for the Humanities.

Between 2013 and 2017, I supported the Arab Women’s Committee of Chicago to co-published a book written by and about Arab immigrant and refugee women about their struggles with displacement, immigration, and isolation and their path towards defining empowerment, dignity, and liberation on their own terms.

In 2020, I co-founded the collective, MAMAS (mamas Activating Movements for Abolition and Solidarity). MAMAS is a collective of people conducting the labor of mothering about Black, indigenous, and people of color-based communities. Our vision is to integrate the voices and strategies of mamas into social movements, media debates, and policy processes about the systems sustaining U.S. empire and white-supremacy—from policing and immigration to colonization and war. We believe this integration is necessary if we are to survive these systems and build the kinds of connections and alternatives needed to build a just and loving society.